Stainless steel is a kind of high-alloy steel that can resist corrosion. It has a beautiful surface and does not have to undergo surface treatment such as plating or painting. Therefore, many machinery factories often do not do any paint treatment in order to show that they are stainless steel. Stainless steel has beautiful Appearance, corrosion resistance, not easy to damage and other advantages, are widely used in all walks of life. 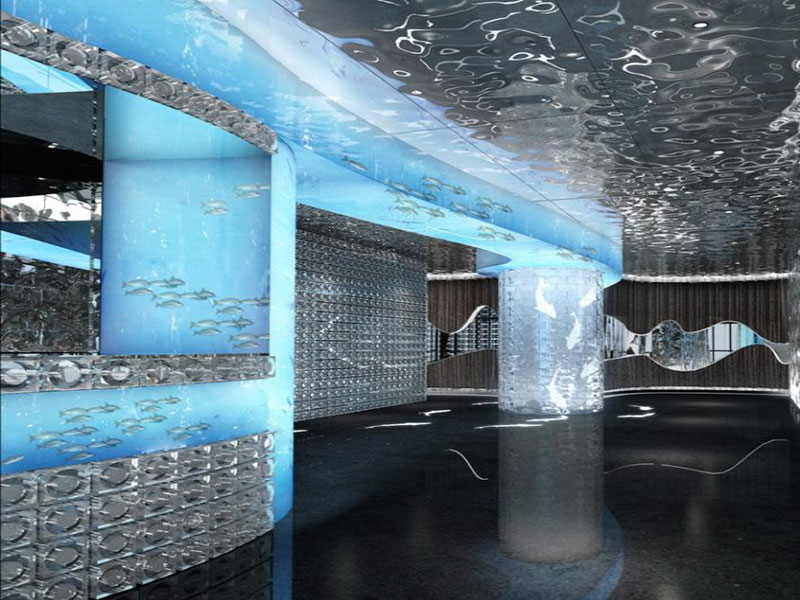 The 300 series can be simply divided into 304, 304L, 316, 316L, 321, 309S, 310S, etc. The distinction is based on the content of various metal elements, and the characteristics of stainless steel with different content are also different. The difference between 304 and 304L is The carbon (C) content is different. The one with L means low carbon content, which is also called low carbon. The difference between 316 and 316L is the same.

2. The shape classification of stainless steel

Stainless steel can be divided into five categories: coils, plates, profiles, steel pipes and parts, the most important being coils and plates. Profiles are materials of various shapes made of plates, including angle steel, flat steel, I-beam, and channel steel. Steel pipe mainly refers to seamless steel pipe, and the opposite of seamless steel pipe is welded pipe. The difference is whether it is formed at one time. Parts mainly refer to elbows and flanges and other small things. The coil and the plate are actually the same, and the form of delivery is different. The coil is rolled one by one, and the plate is one by one. If the factory is a plate, it is also called an original plate. It is generally a thick plate because it is very thick. If it is, it cannot be rolled, generally it cannot be rolled if it is more than 16 mm.
There are coils and plates. In many cases they are plates. The prices of coils and plates are also different. If it is a purchased coil, it is calculated according to the actual weight. Therefore, the price is high. The plate is calculated according to the theory, and the price is low. , The reason is that there is a drop, such as 10mm thickness may actually be 9.6mm, there will be a price difference in the middle. Stainless steel plate is divided into hot rolling and cold rolling according to the different rolling process of the rolling mill (the rolling mill is the machine name of the rolled plate). To be bright, close to the mirror, the best is the mirror surface. The mirror surface is not in stock and needs to be processed). For example, 304 is often a purchased plate, which means that the roll must be flattened by a machine. This kind of machine is a flattening machine. It can be opened into different lengths through the flattening machine. If it is not a regular length, it is called a fixed opening, which means a fixed opening size. Because customers often ask for different length requirements according to actual needs, this time the roll becomes important. The conventional The board cannot meet the requirements. Domestic cold rolling is generally below 3 mm, and hot rolling is generally above 3 mm. The thickness of 3 mm is both hot rolled and cold rolled, but the thickness of imported cold rolled plates can reach 4 mm or even 6 mm. Hot-rolled plates of 3 mm to 12 mm are called medium plates, and those of 12 mm or more are called thick plates, which can be thicker than 120 mm, and are called hot-rolled medium-thick plates, while cold-rolled plates are cold-rolled sheets.

3. Main types of stainless steel and its characteristics and uses

321 adds Ti element to 304 steel to prevent intergranular corrosion. It is suitable for 430 to 900 degrees below, non-magnetic; use: automotive exhaust, heat exchanger, container and other products that do not undergo heat treatment after welding, due to the addition of Ti Element is not suitable for making food processing equipment. 316 has low carbon and added MO elements, so its corrosion resistance, atmospheric corrosion resistance and high temperature strength performance are particularly good. It can be used under harsh conditions and is suitable for use below 900 degrees. It is non-magnetic. Uses: equipment used in seawater, chemical, dye, paper, acetic acid, fertilizer and other production equipment, food industry and coastal facilities, products with special requirements for resisting intercrystalline corrosion.
The two materials of 309S/310S have relatively high content of nickel and chromium. At the same time, the content of Si is increased to make it have high temperature resistance and corrosion resistance. Among them, 309S can withstand repeated heating below 980, and 310S can be used at a temperature of 1200 degrees, continuous use The temperature can be 1150 degrees, non-magnetic. Uses: Suitable for key parts of high-temperature electric furnace equipment, drying equipment, furnace materials, aviation, petrochemical, electric power, etc The 200 series is similar to 304, which is cheap and economical. Uses: food processing utensils, kitchen equipment, food processing equipment, filters, milk tanks, durable consumer goods, washing machine accessories, water heaters, steel furniture, building decoration, decoration. In terms of fatigue resistance, 201 has a higher hardness, but not as tough as 304, but 304 has better fatigue resistance.

4. The application of stainless steel in swimming pool sand tank?

There are two types of sand filter tanks for swimming pools on the market, glass fiber sand tanks and stainless steel sand tanks. Stainless steel sand tanks are deeply loved by people for their unique performance characteristics. For example, our AQUA stainless steel sand tank is made of 304 stainless steel, which has a series of advantages: 440 steel actually refers to the steel system composed of 440A, 440B and 440C, but in terms of making cutting tools, generally speaking, 440 steel refers to 440C. 440C stainless steel is a modern steel. It is famous for its high corrosion resistance, wear resistance, strength and hardness quality among all stainless steel alloys. After heat treatment, its hardness can reach up to HRC60. 440C is for air, fresh water and weak acid. All have good corrosion resistance, and can create a smooth polished surface and sharp edges like shaving blades in the process of making cutting tools. This steel can be used to make cutting tools, rolling bearings, valve seats, high-quality cutting tools, surgical instruments, chisels, ball bearings and cutting tools for production, including hairdressing scissors, surgical blades, daggers and swords. The grade of 440C is exactly the same as 440A and 440B, the only difference is that its carbon content is slightly higher (the carbon content of the other two steels is 0.65%-0.75% and 0.75%-0.95%, respectively). Although the higher carbon content will cause the hardness of the cutting tool to be higher, its corrosion resistance is slightly reduced. Although these three steels are standard steel grades of the same grade, in fact 440C is more practical than A and B. Another alloy, 440F (UNS S44020), has the same carbon content as 440C. From the current point of view, the use of 440C steel is very common, and may rank second in the use of stainless steel (second only to ATS-34).

440C was the well-deserved king of blade steel stainless steel around the 1980s, and this status was not replaced by ATS-34 until the 1990s.

440C is considered to be a versatile stainless steel with a very wide range of uses. Compared with ATS-34, it is tougher and more stain-resistant, but its retention and hardness are not as good. 440C is the first stainless steel accepted by bladesmiths, and has always been very popular, especially after the sub-zero treatment process was developed, it has strengthened the toughness of the steel. When sanding, its disadvantage is that it is relatively sticky and heats up quickly; but it is easier to sand than any carbon steel, and it is much easier to cut the material by hand. Even novice bladesmiths can make good blades with 440C if they can do a good job of heat treatment and surface treatment; and if they are well maintained, the blades of this material are very good and durable.

Please note that 440A and 440B are alloy steels very similar to 440C and are often confused, but they are not suitable for blades. Commercial cutting tool companies often deliberately label 440C blade material as 440 because of the unclear concept, instead of making the real material nondescript. 440C may be more suitable for the cutting tool industry than any other alloy stainless steel. It is capable of a wide range of sizes and uses. Many collectors hate that their collections will be dark and black when placed in the scabbard, and 440C happens to have the advantage of strong corrosion resistance.

And now in the 440 steel family, a new type of modern steel called 440V has appeared. Fundamentally speaking, this is an improvement of 440C steel. This steel has a hardness similar to 440C, but has stronger corrosion resistance and machining capabilities.